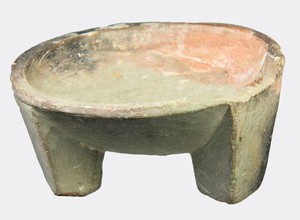 Mortars and querns go back to the dawn of human settled culture. Mortars would have been accompanied by pestles, usually made of the same stone.  Such small mortars are modelled on larger 3 legged mortars which go back to late in the Middle Bronze Age. This one is probably from the Late Bronze Age.  (see examples in the British Museum and Zintilis collections - Also the Metropolitan Museum which suggest the design continued into the Geometric period)

This mortar would seem too small (and fine) for grinding grains, but might have been used for cosmetics or possibly medicines.  The former would seem more likely in a tomb. Normally a harder, volcanic rock (such as basalt) would have been preferred, though it is relatively uncommon in Cyprus which is entirely limestone, except in the Troodos mountains.  This stone may be steatite or possibly green chlorite.  Picrolite (a type of Serpentine) which was suggested by the seller is relatively soft, which this seems to be, and a piece this large though unusual earlier (in the chalcolithic it was found as pebbles in stream beds), could perhaps have been mined by this period.

The mortar has a re-attached leg and fragment of lip. Two other larger sections of the lip are missing, the larger one, including the top of the leg already mentioned, has been restored.  As I received it the restoration had been very crudely done, covering parts of the existing original surface and all coloured over with brown (and some black) paint.  Part of the original surface on one side, outside and in, seems to be stained black, but I don't know how.  It may be soot. It seems to rub off to some extent and some of it has been eroded during restoration.

(Ex. private collection, Surrey, UK; acquired from an older UK collection. A black ink inscription under the base S.R. 254/36 is indicative of a Cypriot export permit having been issued through a licensed dealer) 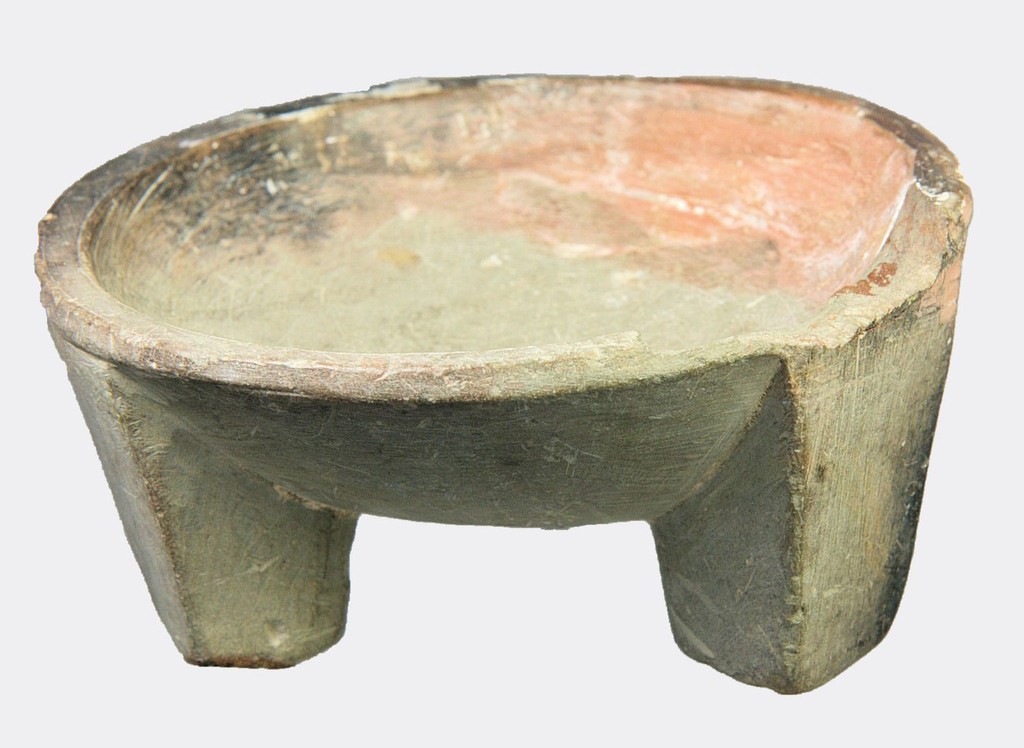