White Painted Ware Askos in the form of a stag with 8 point antlers, but unusually no face, and the enlarged tail functioning as a spout in the usual way of the period.  Handle pierced twice, possibly for suspension in line with axis of figure. Body covered in chequerboard patterns in dark paint on a creamy white slip, some of it a little worn. Otherwise intact.

Askoi were used to pour libations of oil, wine or beer. They appear in this period usually in the form of horned animals, especially bulls or, especially later, in the Late Bronze Age, as a wine-skin with bull's head. Usually, but not in this case, the mouth of the animal forms a spout. Rhytons, another form of (usually) animal shaped vessel prevalent in the Late Bronze Age in the form of bulls (of which there are hundreds extant) had, in addition, a filling hole.

Still in USA or in transit.

(Ex Museum of Cyprus, Jacksonville, New Carolina, USA. Assembled by Dr Takay Crist after the Turkish invasion of North Cyprus and opened to the public as a museum in 1988. This century the museum has not made significant acquisitions. It consisted of antiquities, documents, maps paintings and artefacts and was endorsed and by the President of Cyprus and the ambassador, as saving the antiquities from the market and making them available to the public and for study. The sale of the entire museum collection represents a betrayal of the trust of Cyprus and almost all record of the provenance and history of the pieces seems to have been lost, including their dates of acquisition. However I traced it to Christie’s auction South Kensington 8/5/1989, Ex European collection, thence by descent. Bought by Charles Ede.) 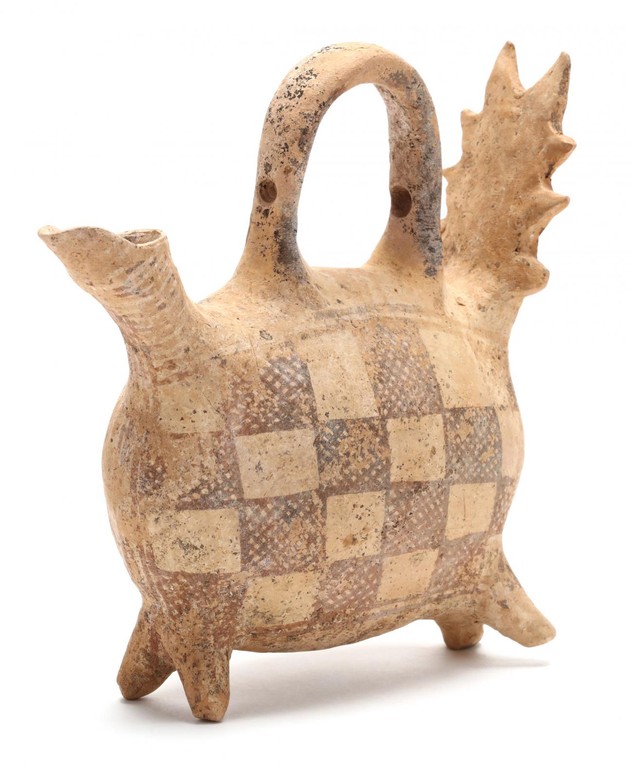