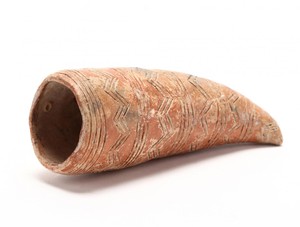 In the Early and early-Middle Cypriot periods models of several everyday object were placed in tombs in North Cyprus.  The earliest were ceramic models of knives with separate knife-sheaths. Possibly they had an apotropaic purpose or were substitutes, on occasion, for the real bronze items. Later these were joined by models of bull horns, spindles (for spinning thread) and carding combs (at least this is the most common interpretation of the latter), all of them in Red Polished ware.  There was clearly some sort of fertility cult around horned animals, most usually bulls but also goats and stags.  (Plank figures were at one time also interpreted as female fertility figures but this is now widely discounted). In this period these horned animals were often pictured on vessels, and bull (and perhaps goat) heads appear on poles in model shrines.  In the late ate Bronze Age "horns of consecration" have been found in sanctuaries (as on Crete) and with them hollowed out bull skulls presumed to have been used as masks in ceremonies.  Whether these ceramic horns were used to drink from or to pour libations is uncertain, but clearly had a symbolic or magic function in funerals when they were put into tombs. The horn is pierced near the rim, presumably for suspension. Perhaps this suggests they were hung on the walls of houses as a protection. About 20 are known, from North and central Cyprus, though no doubt there are other (originally looted) examples in small, private collections like mine.

(Ex Museum of Cyprus, Jacksonville, New Carolina, USA. Assembled by Dr Takay Crist after the Turkish invasion of North Cyprus and opened to the public as a museum in 1988. This century the museum has not made significant acquisitions. It consisted of antiquities, documents, maps paintings and artefacts and was endorsed and by the President of Cyprus and the ambassador, as saving the antiquities from the market and making them available to the public and for study. The sale of the entire museum collection represents a betrayal of the trust of Cyprus and almost all record of the provenance and history of the pieces seems to have been lost, including their dates of all acquisition. However the dealers Charles Ede identified this piece (along with another) as having been bought by them from Hayler (a dealer) in 1990 and illustrated in their catalogue "Cypriot Pottery XII" (1991) Plate 4. Chinor might have been the auction mentioned in another provenance, or both might be the name of a collector. Further information is no longer available from Ede as purchase invoices from pre 1994 were long ago disposed of. A fellow collector tells me he has traced provenance for a number of other pieces from the auction.) 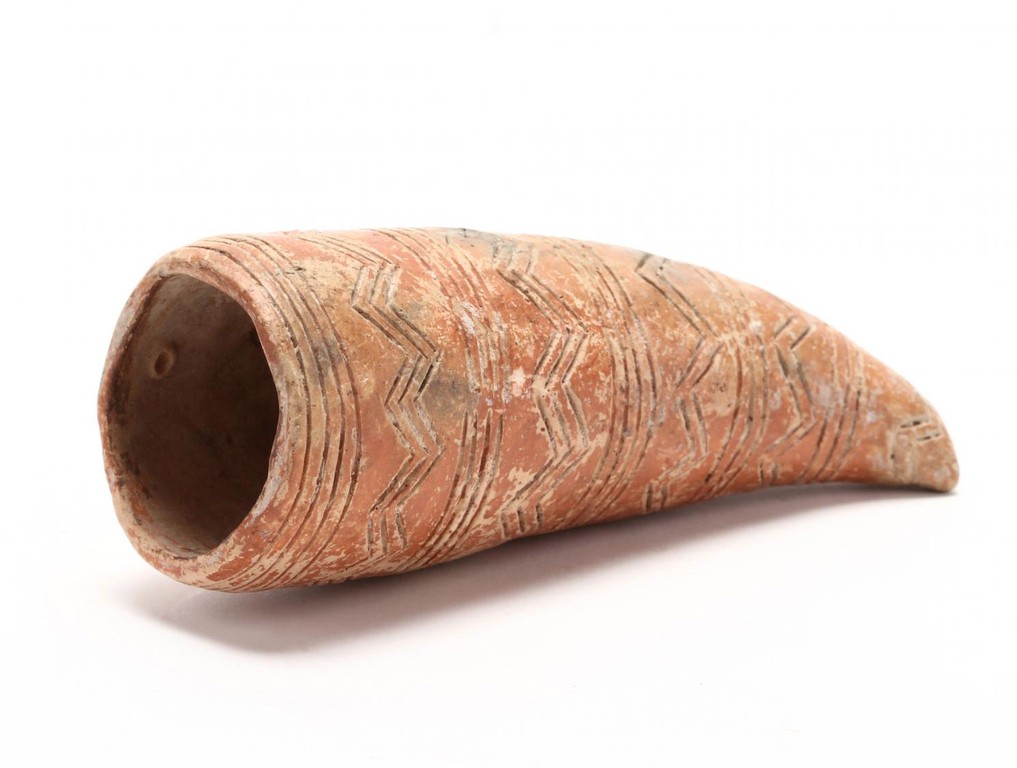