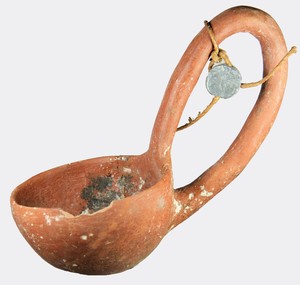 A crudely fashioned mottled red and black polished ware pottery ladle with a high arched handle. Ladles were used for scooping and measuring food. This is a smaller example but the bowl is often the size of an individual eating/drinking bowl, with several times the volume of this one.

Large conical bowls were used for presenting and serving foods and may have been laid out on the fixed benches at the sides of rooms, suggesting communal serving of meals. I have a smaller version of one of these bowls (see last item), but they can be considerably larger and those were presumably for large feasts such as the final funerals. (I could have acquired one of those a year ago but had nowhere left to display it). 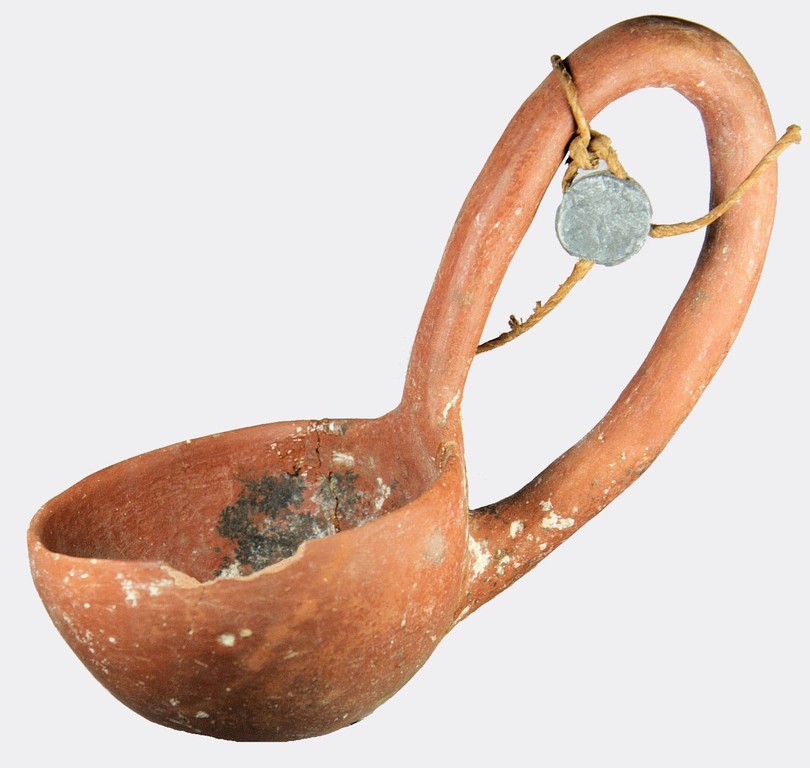