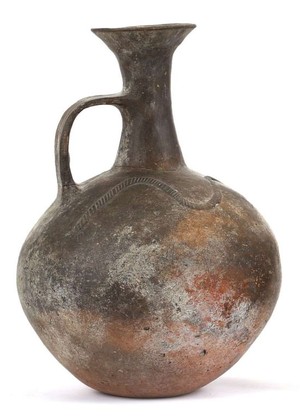 Large Handmade Black Slip ware jug with a flat base, from the very start of the Late Bronze Age.  This marks the return to flat bases, towards the end of the Middle Bronze Age, after the round based wares of the Early and Middle Cypriot periods.  The shape is impressively regular, despite being handmade.  The fabric, shape and decoration are very reminiscent of jugs from the end of the Middle Bronze Age, except it has a flat base, but also very like Base Ring I ware of the Late Cypriot, except without a base ring.  The form and applied rope-like decoration is like that on Base Ring one ware.  It has been argued that this decoration is intended to refer to snakes, and is directly descended from snake decoration on Early Bronze Age ceramics.

cracked or mended at base of neck and handle, otherwise completely intact.

(Ex collection of David Read, bought between 1966-1969 while working as a government official in Cyprus. He explored the ancient sites and museums and got to know local collectors and historians.) 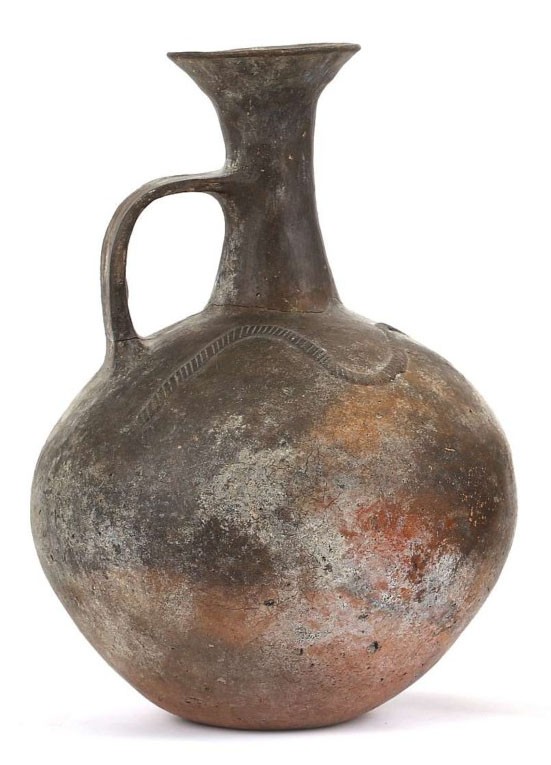