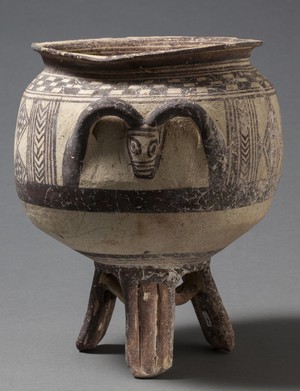 Wheelmade White Painted Ware small stamnos on tripod foot composed of triple reeded legs and double reeded reinforcing loops. This is very unusual since the tripod is normally formed of loops.    The the bulbous shape with identical horned heads, but no tripod base and the addition of a vertical section above, constitutes a well known amphora form. An amphora of this type with similar decoration, in the Metropolitan Museum is dated Geometric I (1050-950 BC), but I was sold this piece as Geometric III (850-750BC). The two horned animal heads form the handles. The example in the Metropolitan Museum describes the heads as goat protomes (This is the Cypriot goat with swept-back, ribbed horns: see my goat-jug from the early Middle Cypriot).   I have seen similar heads from the Geometric III or early Archaic, described as bull or mouflon protomes.   The black/brown painted decoration on the creamy slip covers the outside and just inside the lip and is generally well preserved. One consolidated crack, two repairs to rim, one handle and one leg reattached. A small amount of surface encrustation. 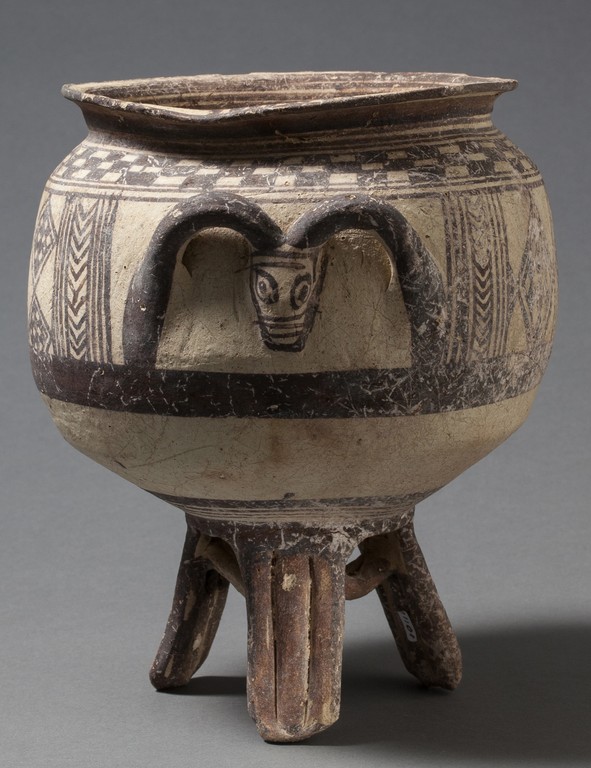