Round bottomed, incised Red Polished Ware jug with cut-away spout and front, phallic spout. More elaborate vessels such as this were fairly common in the Early and Middle Bronze Age.

I had the jug investigated and both "reattached" side pieces of the cut-away (top) spout turned out to be fanciful restorations, as I had suspected.  I have had them remade in a more typical (and minimal) form.  Apart from these, the neck and spout has been reassembled from 3 pieces and the handle probably re-attached, and body cracked. The lower spout, which I suspected might once have been longer turns out to be unaltered.  Although the typical rounded bottom is beautifully formed, other aspects are slightly crude, making me wonder whether, as Laura Gagné deduced for white painted ware in her paper "Learning to make pottery", children being trained in pottery production were involved. 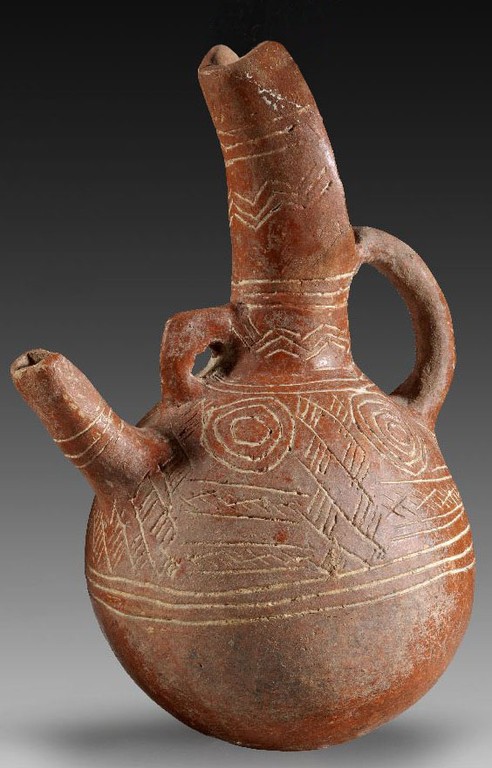