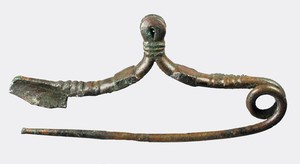 A bronze fibula for fixing clothing (like the numerous Roman ones, or the large bronze pins from the Early and Middle Bronze Age.   Intact apart from losses to the clasp into which the pin attaches

From a famous collection, acquired over a period of 60 years described in the essay in the Christies catalogue (2016), where most was sold, as as a Cabinet of Curiosities. 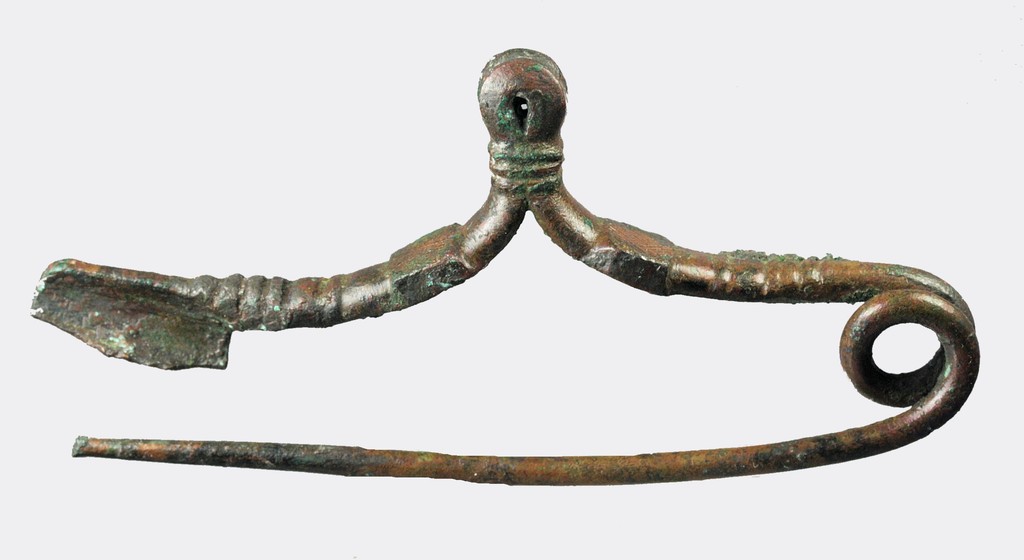