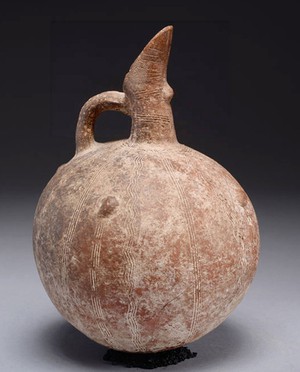 Red (or Drab) incised polished ware with rounded base. (Sold to me as Early Bronze Age). A typically fanciful piece. Red polished ware was the main pottery of the Early (Philia & Early Cypriot I - III) and Middle Bronze Ages. Only the simplest Bronze Age Cypriot pottery is functional in shape, but was instead moulded like a piece of hollow sculpture. Until the advent of the potters wheel in the late Bronze Age, Cypriot pottery is believed to have usually been made by women. The globular body is like a fruit or gourd; the applied lugs, including one on the neck, are here more like nipples (compare my Neolithic bowl). These projections, sometimes pierced (see my MBA small askos), continue through the Bronze Age, occasionally becoming stylised heads. Though sometimes functional, most are ornamental. The neck and typical beaked spout (a clear descendant on the Philia jugs) suggest a dancing grebe rising from the water, and incised zig-zags radiate from the base, usually originally filled with white lime. (Reassembled from fragments) 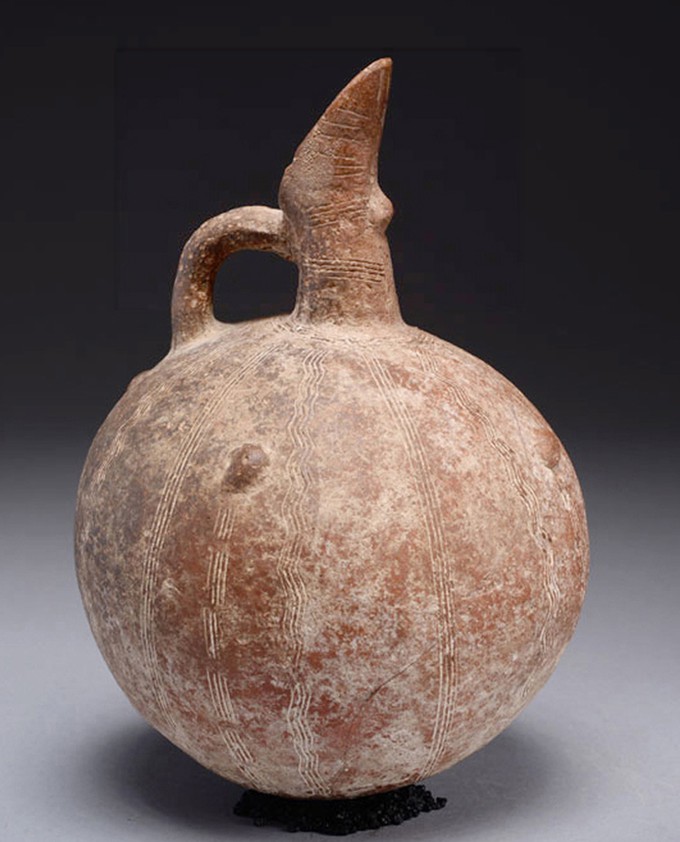