A very rare composite vessel in incised Red Polished Ware, combining symbolic bowls and jug above a larger container, perhaps to indicate the paraphernalia of the ritual funeral feast in one piece. Or possibly the main vessel would have contained wine or beer and the bowls used for offerings as in a kernos. This impractical vessel would have been made for the funeral feast to express and reinforce the prestige of the giver, as well as the importance of the dead person. I know of only one (very) similar piece, found by Buchhotz and Karageorghis in Lapithos (see Desmond Morris “The Art of Ancient Cyprus fig 72, p.94). The similarity of form is so great I believe this vessel must come from the same workshop in Lapithos, though the other one had no circles in the incised design.  The lower half is complete but the upper re-assembled from many fragments (originally quite crudely).  It was recently taken apart to check the parts were all original and the joins painted over when reassembled, which is not my preference. 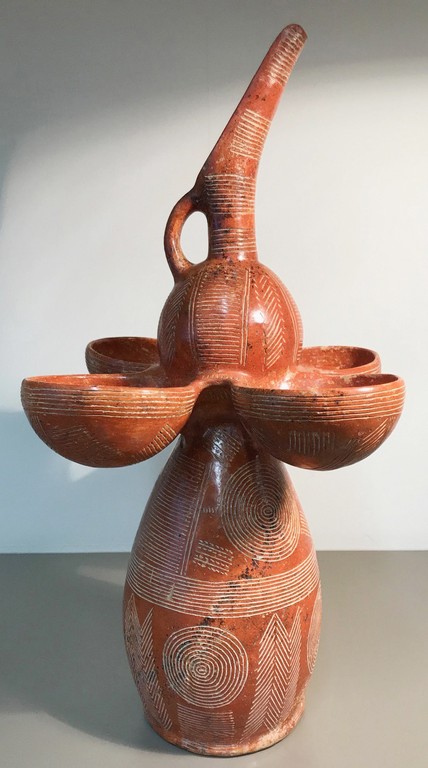